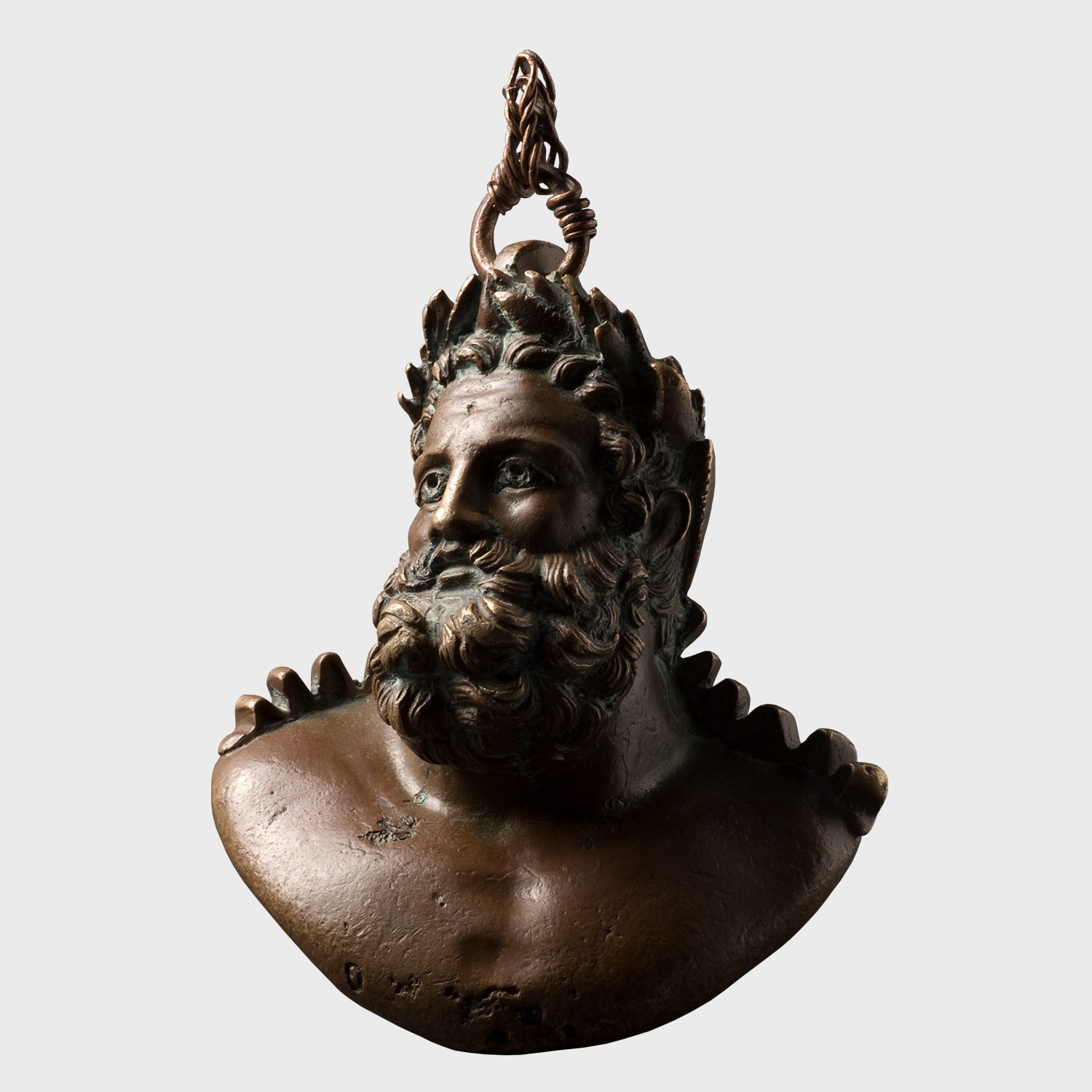 Steelyard Weight in the Form of Heracles

The steelyard weight in the form of a bust of Heracles, a symbol of strength and courage and one of the most important figures of ancient times, depicted with a long, prominent beard, wears a wreath of laurels on his head. It is believed that the whites of his eyes were previously fashioned from silver and the pupils, now only hollows, were once decorated with valuable stones. Only four centimetres of the weave-shaped original chain remain on the affixed ring placed on the crown of his head.