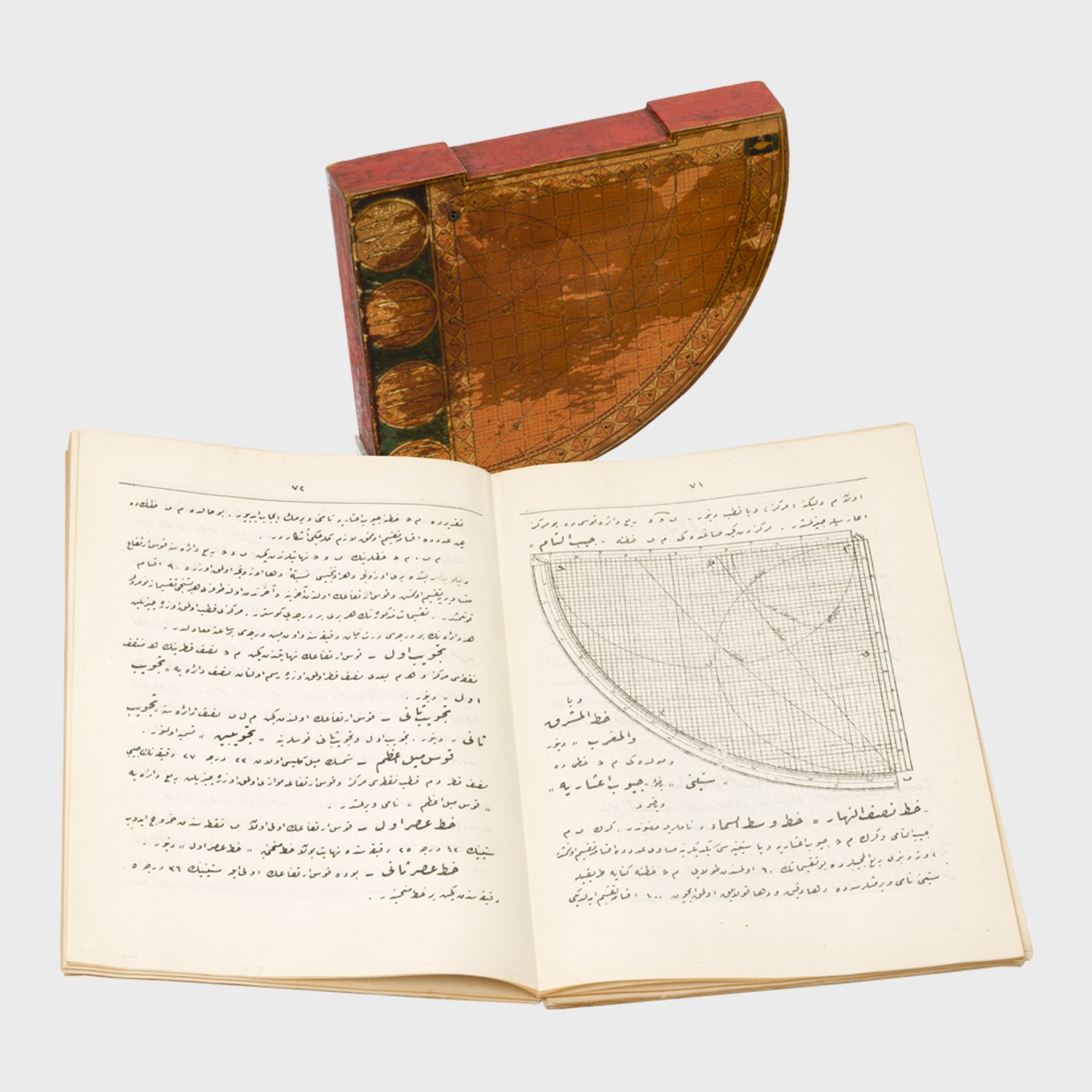 Signed “Osman”, this quadrant was made to be used on the 41st parallel, on which Istanbul also lies, to determine the time and location.

Inspired by the astrolabe used in astronomy and time measurement, the quadrant was used not only by horologes determining prayer times and the qibla direction of mosques (the direction of the Kaaba in Mecca), but also by architects for measuring angle, height, and inclination.

In astronomic measurements, the quadrant was designed to be used with one specific latitude and would only provide accurate information for the settlement on that latitude.

Often made of boxwood or similarly firm woods, quadrants were commonly used in Islamic countries until the early 20th century.

This particular quadrant is on display at the first floor of Pera Museum with the book entitled Rubu Dairenin Suret-i İsti'mali [User’s Book of Quadrant] written by Ahmet Ziya Bey. The book which Ahmet Ziya Bey wrote and illustrated with Arabic letters before 1928 alphabet reform was printed in the military printing house.