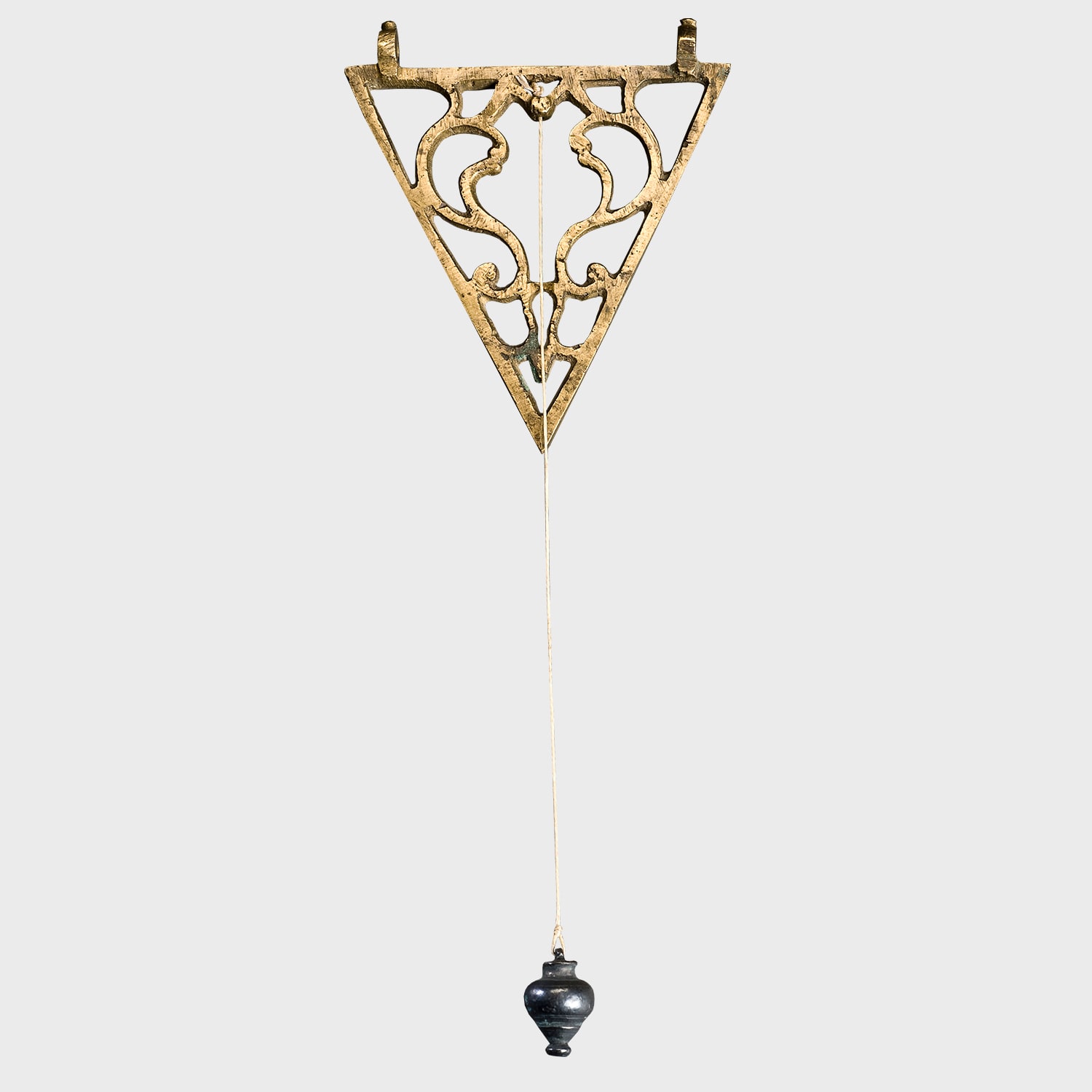 The “Havayi Terazi” was first encountered in Iraq and ancient Rome in the 11th century. In the Ottoman Empire, it was commonly used for measuring elevation in the construction of the aqueducts and watercourses in the Ottoman Empire. It is known that Sinan the Architect used a havayi terazi in the constructions of the Kırkçeşme water supply network.

The instrument was employed in Europe until the 19th century and came to be known as the “miner’s triangle”, as it determined gradient in mines.

Also used for determining horizontality, havayi terazi was often made of brass or bronze and shaped as an equilateral triangle. One of the sides of the triangle features two hooks equidistant from the two corners. A plumb line with a plumb-bob at the other end is connected to the center of the same side as the hooks. The opposite corner, on the other hand, features a short line that divides the triangle into two equal parts.