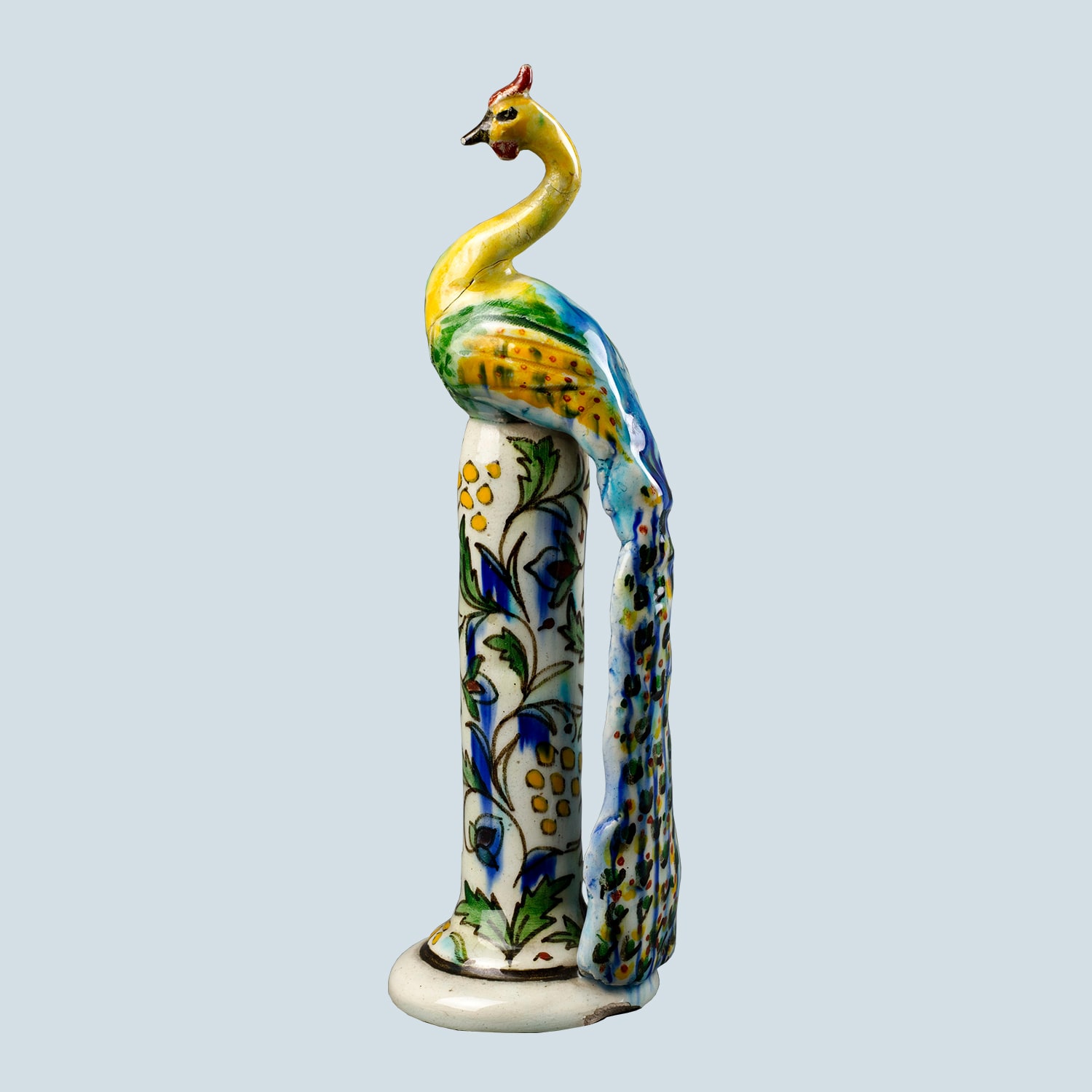 Figurine of a peacock

White/cream coloured paste, white slip, transparent glaze with underglaze brownish red, cobalt blue, green, turquoise, and yellow decoration. Outlines are black. It is figurine of a peacock perched on a round-based, cylindrical pillar. The peacock has a thin, graceful neck and a closed tail that hangs down to the bottom of the pillar. The feathers of the wings have been emphasised with gentle grooves, and embellished with colourful, small spots. The pillar is embellished with large leaves, stylised flowers, and branches of grape. The neck was broken in the middle and restored. Believed to have been made by “Abdurrahman Özer” (1924-1985).