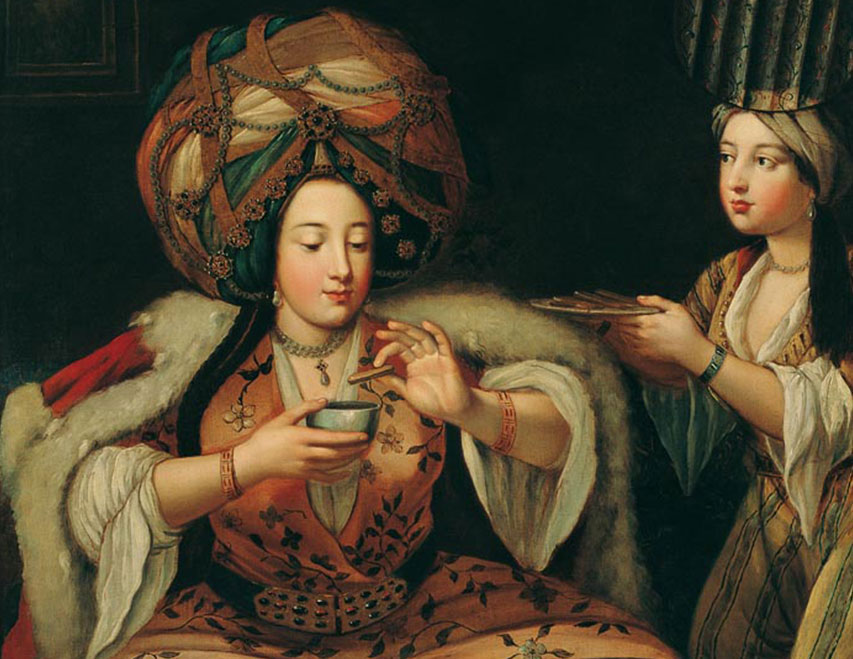 In this painting, an Ottoman lady drinking coffee and her servant are depicted in dresses in the fashion of those days. The source of its inspiration is “Turkish Girl Drinking Coffee on the Divan”, an engraving found in Receuil de cent estampes répresentant differentes nations du Levant illustrated by Vanmour. The difference is that the servant offering the coffee is not standing, but squatting to the left of her lady. Both the necklace around the neck of the lady and the ornate headdresses are copied from the pictures of two women in the book Reisen van Cornelis de Bruyn first published in 1698 by Cornelis de Bruyn, a Dutch traveller and painter who came to the Ottoman Empire in the 17th century.